Happy Birthday to the storyteller who preserved a piece of Southern folklore forever.
by Hunter Murphy 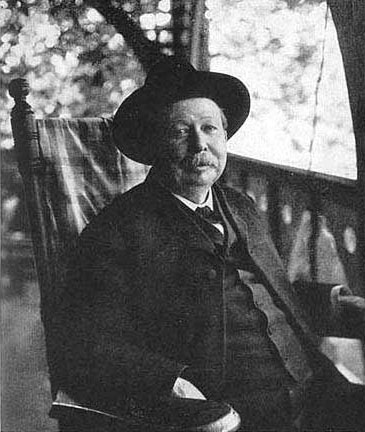 Joel Chandler Harris’s legacy is complicated. He left us with Uncle Remus and Brer Rabbit and a host of other African American characters but, unfortunately, his portrayal of these characters was racist. He was a Southern writer and something of a prodigy. Had he not been so pejorative, we may even call him a genius.

Ironically, Harris was born the illegitimate child of an Irish laborer in Eatonton (near Atlanta, where he eventually was buried). During his lifetime, he was considered second only to Mark Twain as a Southern humorist, and even children today know about Brer Rabbit and Uncle Remus, thanks in part to Disney.

One thing that is fascinating about Harris is how hard he himself had to work for a living. As a teenager, he took a job on a plantation called Turnwold. However, while Harris was at Turnwold, he became absorbed in the community and the folklore of African Americans. He learned the trade of printing. He apprenticed for a man named Joseph Addison Turner, who saw Harris’s propensity for language and literature and storytelling. Turner loaned the young Harris library books and gave him his first shot at publication. Harris found his career path as a journalist through his work on the plantation (pictured below). Turnwold is located 9 miles from Harris’s birthplace, and this is where he got the inspiration for Uncle Remus and other stories.

After fleeing Turnwold during General Sherman’s raid, Harris landed in Macon and then in New Orleans, working on several papers. In Savannah, he met and married his wife and they would have stayed near the coast had yellow fever not run them out of town. The family finally settled in Atlanta, which allowed Harris to work for The Atlanta Constitution (pictured below), where he would remain for nearly a quarter century, writing sketches, book reviews, fiction and political commentary. 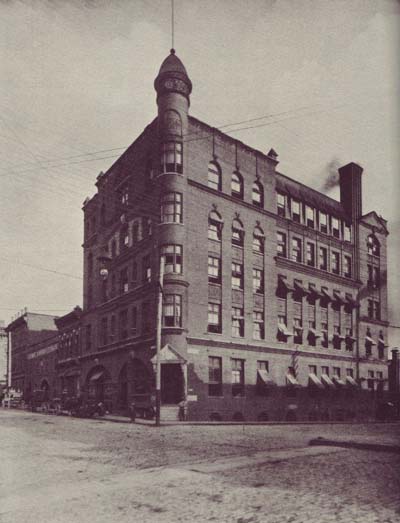 Harris moved into a glorious Queen Anne-style home in Atlanta in the 1880s. When his children were young, they found a wren’s nest in the mailbox, and since then the house has been affectionately nicknamed “The Wren’s Nest” (pictured below). The home plays host to all types of storytelling events and concerts throughout the year and is curated by Harris’s great-great-great grandson. Fans are even invited to celebrate Harris’s birthday at a free Victorian Holiday Open House at the home on December 9.

The Uncle Remus Museum in Eatonton, Georgia, a building constructed from two former slave cabins, is another spot to learn more about Harris and his characters.

Harris shared an important characteristic with his good friend and admirer Mark Twain: He used satire to subvert the prevailing culture. Brer Rabbit was and is a subversive character, who generally outwits those who would suppress him.

Most ironic about what Harris did for black folklore is that he provided a written record of it for generations. Many scholars credit him with unintentionally preserving African American folklore during this terrible time in American and Southern history. In some cases, African American writers and folklorists have used his stories to reconfigure the cultural narrative, removing the stereotypes and the racist dialect.

Harris was debilitatingly shy. He had wild red-hair and a painfully impoverished childhood. Even as an adult, he remained reserved. He did not relish the acclaim his writing brought him. It was only after much prodding that he agreed to President Roosevelt’s invitation to the White House. 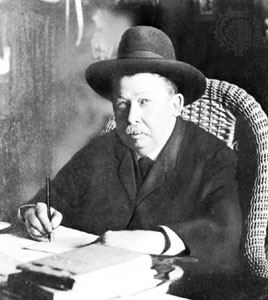 Harris wasn’t a bad man, but his legacy is certainly complicated. Most of us would consider him something of a relic now, with his views on race and the antebellum South as almost paleolithic, but his place in Southern letters is as certain as any of the writers in our canon.

“When you’ve got a thing to say,
Say it! Don’t take half a day.
When your tale’s got little in it
Crowd the whole thing in a minute!
Life is short -a fleeting vapor –
Don’t you fill the whole blamed paper
With a tale which, at a pinch,
Could be cornered in an inch!
Boil her down until she simmers,
Polish her until she glimmers.”

Watch out when you’re getting all you want. Fattening hogs ain’t in luck.
You can’t run away from trouble. There ain’t no place that far.

Find out more about Joel Chandler Harris and the sites associated with him in the Deep South Literary Trail App.

Hunter Murphy has written two novels for which he’s currently seeking representation. He is a Southerner who lives in Birmingham, Alabama, with his partner of many years, his mother-in-law (a feisty senior citizen who continues to tell him tall tales), and an English bulldog, who is a tough critic. Find out more about Hunter in our “Contributors” section or email him at hmurphy1976 (at) gmail.com.

Legends of Pawleys I